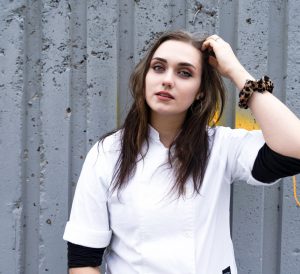 Chef Sara Shpyth grew up in Saskatoon SK and moved to Ottawa right after graduating culinary school in 2016 to attend Le Cordon Bleu with a focus on pastry. She then began working at Fraser Cafe where she moved from line cook to Chef de Cuisine in less than 2 years.

She has lent her culinary skill to several charity events, cooked at the Prime Minister’s House, and was featured in a cookbook for the International Woman’s Forum in 2019.

Sara’s love of French cuisine, pastry, and a farm-to-table philosophy make her a well-rounded chef. After being diagnosed with Colitis and Celiac Disease in 2020, she has learned the value of taking care of yourself in a challenging industry and never giving up on your dreams. 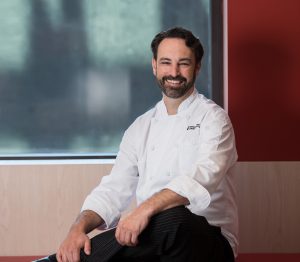 Take a blazing horn section, throw down some bombastic drums, pepper in piano and guitar, then stir in vocals shifting from sweet to soulful to sultry quicker than you can hop onto the dance floor. And you will hop onto the dance floor because that’s a recipe for groove-making. It’s ingredients for crowd shaking. It sizzles. It pops. It jumps. It jives. It’s The Commotions and the taste is soulicious!

Putting the motion in The Commotions are 11 band members including two lead singers and a wild five-piece horn section with a mighty dose of trumpets and sax. This group is ready to command crowds with brassy beats and smooth ballad treats, all about bringing back the spirit of those super Soul sounds of the 70s and the Motown rhythms that once had them dancing in the streets. 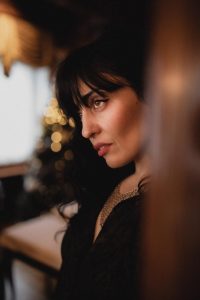 Ottawa native, Rebecca Noelle always knew that music was her raison d’etre. After making waves as the 1st runner-up on TVA’s The Voice: Canada (La Voix), The Jacksons invited Rebecca as a guest vocalist on their Canadian tour in 2017. She’s warmed-up crowds for P!NK, Bonnie Raitt, B.B. King, Lynyrd Skynyrd, Buddy Guy, and Johnny Winter. She has also been praised for her performances alongside UK’s: Birdy, USA’s: Florida Georgia Line, Canadian hero Roch Voisine, and continues to tour with French-Canadian Music Icon: Marc Dupré. Rebecca’s voice is featured regularly on BBC Radio in the U.K., Sirius Radio in America, Radio Bremen in Germany, and CBC in Canada. Carrying on her family’s military tradition, Rebecca has spent time performing for Canadian troops in Kuwait, Alert, and most recently the U.N. base in Mali. Earlier this year, Rebecca was presented with the prestigious Peter Honeywell Mid-Career Artist Award by the Ottawa Arts Council. In 2018, Rebecca received the FEQ Prix Award for outstanding live performance in Quebec City and was listed among Ottawa’s top 25 people of 2017 by Ottawa Life Magazine. Following the release of two solo albums, a decade of performing with pop-art troupe The PepTides, soul big-band The Commotions, and co-writing and producing her electronic project The Stellasonic, Rebecca is honing her skills as a bilingual songwriter with a dual-language solo EP releasing in early 2022.