We still have a few surprises up our sleeves with less than a month to go until the 2016 Ontario Festival of Small Halls starts strumming! 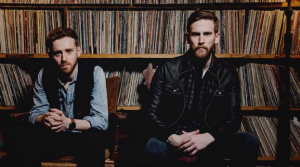 This week, we announced that The Abrams will be performing with Darlingside and Miss Emily at the Seeley’s Bay Community Hall on Sept. 16 at 7:30 p.m. As fourth-generation musicians, The Abrams bring a brilliant vision to their music, which melds their musical roots with an attitude more in tune with the present. The Abrams recently released an EP, with lead single “Fine” which blends their country, bluegrass and gospel background into a new sound that is distinctly their own.

Barely into their teens, the brothers made their mark at many high profile U.S. bluegrass festivals, and in 2005 they became the youngest Canadians to perform at the Grand Ole Opry. In 2008, they made their first album, Blue On Brown, a collection of Bob Dylan and Arlo Guthrie songs, followed in 2011 by Northern Redemption, their first all-original album.

See more about The Abrams here or look to our updated schedule page for ticket information! You don’t want to miss this amazing triple bill. 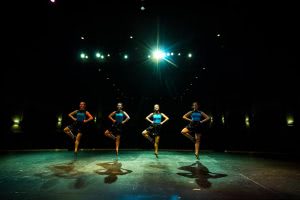 We’re also in the process of adding another inspiring act to this year’s line-up: we just confirmed that Change of Step will be performing at three shows with Breabach! This dynamic dance company performs original choreography that is rooted in Scottish tradition, yet shaped by modern influences.

Change of Step’s dancers have won numerous provincial, national, and international championship titles, including multiple World Championship titles; and have performed at diverse prestigious events, including Parliament Hill on Canada Day, the Vancouver Olympics, the Dollywood Festival of Nations in Tennessee, the Royal Edinburgh Military Tattoo, and the finals of So You Think You Can Dance Canada.

Be there to be awe-struck when Change of Step performs with Breabach at Stonefields in Beckwith on Sept. 15, at St. James Roman Catholic Church in Maxville on Sept. 17 and at the Maberly Community Hall on Sept.18 also joined by the Lanark Fiddler’s Guild! So much talent!

See more about Change of Step here and look to our updated schedule page for ticket information!

In addition, the community offerings paired with several Small Halls shows are really shaping up to be banner events!

The Festival now has community suppers, tapas and even a market planned in association with Small Halls shows in Delta, McDonald’s Corners, Lyndhurst, Spencerville, Chaffey’s Lock, Beckwith and Morton.

See more about our community events here. Reservations are required for most of the events, so be sure to plan ahead!

When community comes together – you know the company is going to be just as good as the food!