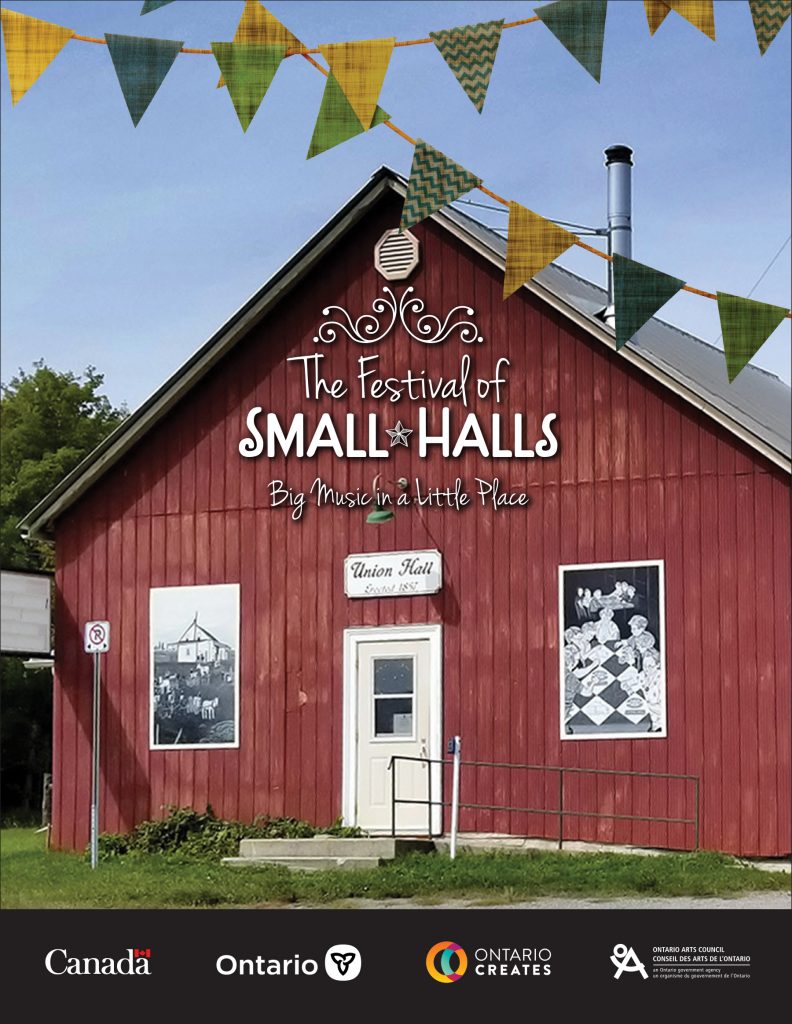 Reflecting on the impact of Small Halls at Union Hall

Linda Camponi, President, Union Hall Community Centre in Mississippi Mills near Clayton: “One day in August 2014, I was listening to CBC Radio and heard an interesting interview. It was Kelly Symes talking about a new music festival featuring “small halls”. I immediately sat down at my computer and wrote to ask Kelly to consider Union Hall, a frame building constructed in 1857 and in use ever since, with good acoustics, a stage and kitchen.

Well, as they say, the rest is history. Kelly dropped in for a visit to our annual Pancake Breakfast the following spring to check it out for herself, and we found ourselves on the roster in the fall of 2015. The hall has rocked to some terrific acts from all over the country, as well as some local talent, every year since then.

Aside from getting up close and personal with some great musicians, we have had an opportunity to showcase the potential of our little hall, and the Festival of Small Halls has definitely been a factor in renewed efforts to spruce up the place. Local artist, Laurel Cook, was inspired to create a mural depicting local history as a backdrop to the stage, and two more have since been added to the exterior. And last year’s FOSH poster illustration bore an uncanny resemblance to Union Hall!

One thing we really like is the feeling of collaboration we enjoy with the Festival organizers, crew, volunteers and musicians. We always get together for a delicious potluck meal before the show, we get to know each other a little bit, and we enjoy the feeling of working together to create an event for the community. We are looking forward to many more years of partnering to keep live music available in small communities in eastern Ontario.”

This is the first in a mini series reflecting on what Small Halls means to several of the beloved hosting venues for the Ontario Festival of Small Halls.