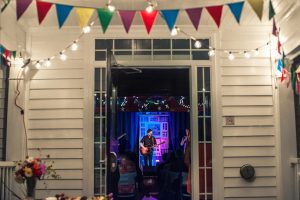 We can’t wait for next week – the Small Halls trademark bunting will be waving in the breeze, the tunes drifting out of rural halls, hearty handshakes and smile-inducing small town welcomes will be felt across Eastern Ontario as we kick off our fifth year of big music in little places. It’s almost time!

We announced a first for Small Halls late last week:  we’re celebrating local chefs and their offerings by putting on a one-of-a-kind outdoor country feast! Join us for The Chef’s Table: A local farm to table feast at 1:30 p.m. on Sunday, Sept. 16; a memorable afternoon of food and music awaits at the historic St. Andrew’s Presbyterian Church in Kilmaurs, Ontario (30 minutes from Ottawa), in partnership with Ottawa Tourism and Thyme & Again. 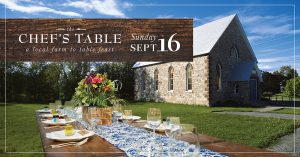 This fall feast will be prepared under the direction of Chris Deraiche and Shane Waldron of Wellington Gastropub. Ingredients will be sourced from local farmers and producers including Acorn Creek Farm and Kin Vineyardsin Carp, from Matthew Brearley of Cheshire Cat and Needham’s Market Garden in Arnprior. Following the feast, a lively concert will take place inside the church featuring The Redhill Valleys and Shawn Tavenier. 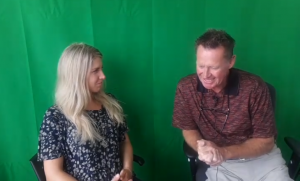 Our general manager, Kelly Symes, is still out and about talking up the Festival! Did you see her guest with the local legend, Hugh Colton? Watch it here. They touch on lots of local venues, including Balderson, Delta, Bolingbroke, Morton, Sydenham, Spencerville and more!

Can you believe the Festival starts NEXT WEEK?! While we’re super excited about that, we’re also looking forward to CityFolk which is celebrating 25 years! Running from Sept. 12 to 16 at Lansdowne Park, CityFolk is featuring some brilliant talent like Ani DiFranco, Hozier, Kaleo, Janis Ian, Michael McDonald and more.

There is also great country, rock and folk music happening off site, including an acoustic evening with The Trews as well as Small Halls headliner, Kelly Prescott, in a Country Gems show. Actually, the same show is featuring Ali McCormick, who opened for The Abrams last year in McDonald’s Corners. The Small Halls connections run deep, folks. Also, don’t forget about Marvest, an offshoot of CityFolk that runs Sept. 14 and 15 in The Glebe, introducing a feast of local artists. Small Halls local opener in Winchester this year, Kyle Ivan, will be playing here – Marvest shows are FREE! So much amazing music, so little time… 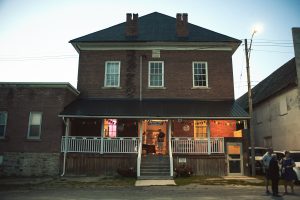 Did you know that we have many returning halls which have been with us for years? Venues like the Delta Old Town Hall, the Red Brick School in Elgin, the Maberly Community Hall, Westmeath Recreation Centre, Union Hall in Mississippi Mills, and Almonte Old Town Hall – and more! Having these halls with history and heart on our schedule contributes to the magic of Small Halls and we feel grateful that the communities have embraced festival! 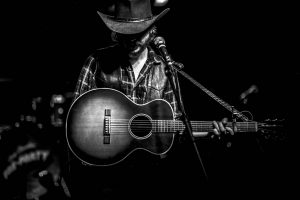 Fun fact: Colter Wall is playing only three shows in Canada this fall – and two of them are with the Ontario Festival of Small Halls! One sold out over the weekend in McDonald’s Corners, but there are still tickets left for his show in Athens at the Joshua Bates Centre! Be there to witness this rising new-country star.

Speaking of rising stars, did you see that Grace Lachance is opening for Meaghan Blanchard at the Althorpe Bolingbroke Community Hall? Grace was the 2015 winner of the She’s The One competition with Ottawa Bluesfest and has since released a single. She also played two sets at Bluesfest this year. Our local openers are making waves – like Kelly Sloan who was incredible to see live at Bluesfest this year, and is now opening for Stephen Fearing  at the Small Halls show in Pakenham. People living within our local communities have enormous talent and we’re so happy to be able to showcase that!

More than a dozen shows are already sold out – make sure to get your tickets soon to avoid disappointment. We’re looking forward to sharing superb music and kinship with you at a small hall!