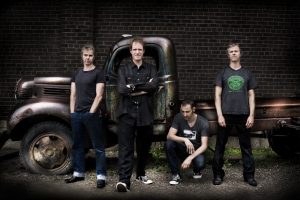 Drunk dudes from Huntsville or Lethbridge or St. John’s or wherever hang on every word. Everyone sings, mostly louder than the band. The word motherfucker is a compliment. Every show is an uprising, a groundswell.