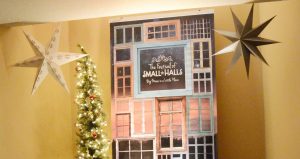 We know you’re wishing for snow… now that we have your attention – our hall-iday shows are officially five weeks away!

It may seem funny to be thinking about the holidays already, but the tickets to our expanded festive shows have been flying since our hall-iday announcement last week.

As we edge closer to November we’re thinking more about comfort music and the warmth that special places can bring when discovering new music or reveling in shows past.

Those seven cherished halls are at the centre of the festive experience during this heart-warming time of year.  This is our third year bringing holiday-themed performances to cherished venues and our biggest series yet!

Look here for the schedule to learn more about the artists and venues they’ll be playing in. We would like to introduce you to our hall-iday artists this year, so give a warm welcome and a hearty handshake to… 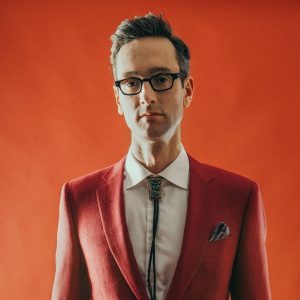 David Myles will perform at the Seeley’s Bay Community Hall on Friday Nov. 30th at 7:30PM and at the Balderson United Church on Saturday Dec.1st at 7:30PM. Tickets here! 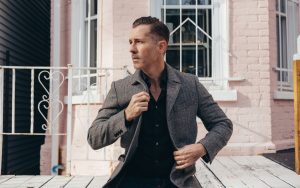 Since learning to play piano by ear at age four, Royal Wood has lived a life fueled by a love for music and inspired by the events of his own life, both joyous and tragic. His latest album, Ever After the Farewell is not only deeply inspired by both loss and love, but is an ode to the classic styles of both Tin Pan Alley and Laurel Canyon. Beloved by Canadians coast to coast, Royal has shared the stage with celebrated artists such as Sarah Harmer, Kathleen Edwards, Sarah Slean, Jill Barber and Serena Ryder. Unwilling to rest on his laurels, he continues to uncover and re-invent his sound.

Wood will perform his holiday show at the Almonte Old Town Hall on Thursday December 6 at 7:30PM and at the Winchester United Church on Friday December 7 at 7:30PM. Tickets here! 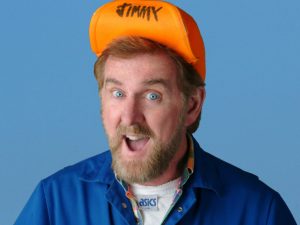 Jimmy the Janitor is a regular on CBC Television and the Comedy Network and has appeared on CBC’s Madly Off in All Directions, The Roundup and Definitely Not the Opera. Jimmy is currently heard coast to coast on his daily radio comedy show “Jimmy Live” and is known for good, clean laughs!

Sandy Gillis is a native Cape Bretoner now living in Prince Edward Island. After 25 years in broadcasting he retired as partner and an Operating Director of the Maritime Broadcasting System to pursue his “funny business” as comedian “Jimmy the Janitor”. The jovial janitor has 11 CD’S to date, a successful nationally syndicated radio show, many comedy appearances on CBC Radio-TV and the Comedy Network, is a founding member of “Late Night Live”, the Hub Cap Comedy Review, has one movie under his belt, was a principal player in the TV series “Daring and Grace” and performs at conferences and theatres in Canada and the United States.

Jimmy the Janitor will perform at the DACA Centre on Friday Dec. 7th at 7:30PM and at the Lombardy Agricultural Hall on Saturday Dec. 8th at 7:30PM. Tickets here! 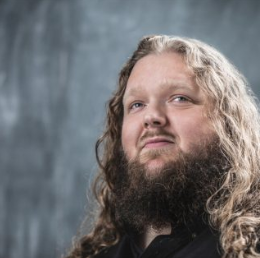 Blessed with titanic pipes and monumental spirit, Matt Andersen is without a doubt Canada’s crowned-prince of soul-infused blues-rock. Matt Andersen, with special guests Donovan Woods and Suzie Vinnick, light up the NAC’s Southam Hall this season in support of his incendiary 2016 album “Honest Man”. Tickets here!

In other news, we are working on our posters which will soon appear in communities in and around the seven holiday show destinations, as well as online. In the meantime, head over to our Facebook page and feel free to share the individual event listings. Show us your Small Halls love!

The hall-iday shows offer a special opportunity to gather together, celebrate community and dive into the season’s festivities. Please visit our schedule page or call 613.402.1425 for more information.

We’re looking forward to decking the halls with you!