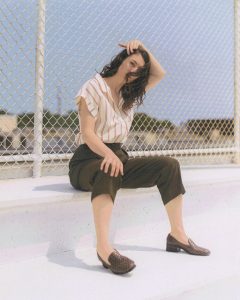 Acclaimed indie-pop singer-songwriter Hannah Georgas has an endless capacity for crafting textured pop songs that confound her audience’s expectations. Since Hannah Georgas’ debut EP in 2009, she has grown from a regionally-based artist who played small showcase venues to an artist who tours worldwide. She has headlined and performed on festival bills in all territories, and supported high profile acts such as Sara Bareilles, The National, City and Colour, Boy and Bear, Rhye and more. Hannah has won numerous awards while racking up multiple nominations including three Polaris Prize nominations and four JUNO nominations from Best New Artist to Songwriter of the Year.