Wow, what a week!

Not only did we announce the 2017 lineup and schedule for the Ontario Festival of Small Halls, but tickets also starting selling with a bang.

We have sold out online of four shows to date: both performances at the Chaffey’s Lock Community Hall sold out rapidly, as did the Red Brick Schoolhouse in Elgin, and the Burritt’s Rapids Community Hall! Look here for our schedule to find out about our other shows – and don’t hesitate to snag your tickets soon!

Last year, we heard from numerous people that they not only frequented the community hall in the small town closest to them, but also travelled to other rural locations to take in shows in nearby venues. In many cases, show patrons took in upwards of three shows throughout the course of the two-week festival. That’s a great way to get the full Small Halls musical experience – while also immersing yourself in the community vibe and unique heritage of each venue. During a recent chat with Doug Fleming, who is one our new hosts this year at the Tatlock Community Hall, he mentioned that he took in about five shows last year alone! He had rave reviews for them – and even joked that he was likely the newest yet oldest fan of some of the acclaimed bands on the roster last year. 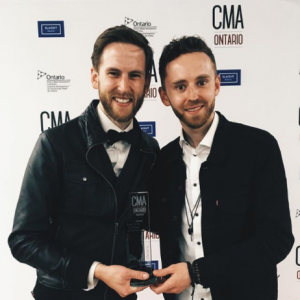 Speaking of acclaimed bands, did you hear that The Abrams picked up top honours at the Country Music Association of Ontario Awards for Roots Group of the Year over the weekend? We’re so pleased to welcome The Abrams back to the Festival of Small Halls lineup after an explosive opening performance at the Seeley’s Bay Community Hall last year. These brothers know how to fire up a room and they’re headlining three Ontario Small Halls shows at Stonefields in Beckwith, Westmeath Recreation Centre and at the McDonald’s Corners Agricultural Hall.

Looking for more insight on the schedule announcement? Read this Ottawa Citizen article about this year’s Festival. 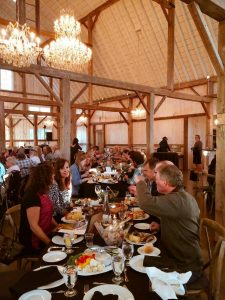 Again this year, some of the 30+ hall hosts are planning community dinners or events surrounding the Ontario Festival of Small Halls shows. The added events tend to enhance the experience for show attendees and add to the overall community atmosphere at the show – not to mention that the hearty food is divine! Some locales also chose to offer historical walking tours, bake sales and other showcasing events in co-ordination with the Small Halls show. No matter what the event, it all combined beautifully!

Stay tuned for another show announcement coming this Friday morning! We still have a few tricks up our sleeves as the summer progresses. Looking forward to sharing the news with you – and be sure to get your tickets quickly!