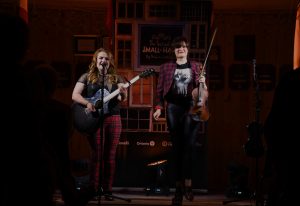 Wow – what a Festival!

Our sixth Festival of Small Halls Ontario has come to a close and it was one for the books. We’re delighted to report that more attendees than ever visited small and historic venues across Eastern Ontario to enjoy almost 40 music and culinary events over the course of the three-weekend Festival this September.

We’re so grateful for all of the incredible artists, beautiful halls and the dedicated volunteers who make the Festival a success. Extending huge appreciation to all you wonderful people who attended shows, clapped your hands, stomped your feet and lived in the moment in rural community spaces across Eastern Ontario. 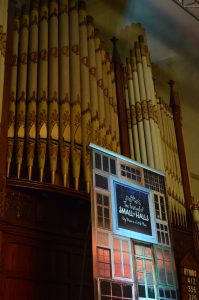 We met families and friends who have been coming to the Festival together for years; couples who “make the rounds” to multiple shows each year; even newlyweds who made the Festival part of their honeymoon celebrations! One older gentleman noted he and his wife had been to seven shows this year, telling us that they have enjoyed every single one –they discover music that they play at their house all year through – until the next time the Festival rolls around again and they refresh their playlists.

In the process, we welcomed more than 20 artists to small town stages across Eastern Ontario and had a blast building on the success of our Chef’s Table farm to table foodie events. 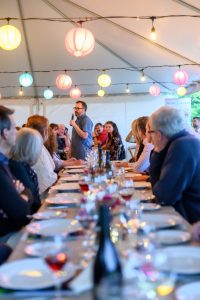 This season, six country feasts took over remarkable venues surrounding Ottawa and we savoured the local culinary creativity of top chefs, capped off with musical performances by some of the region’s best musicians. We’re looking forward to carrying on that delicious new tradition next year!

We were so pleased to have Xplornet on board as a sponsor again this year, too – we hope you picked up some swag at their tent which was stationed at several shows each weekend. The Third World Bazaar in Manotick Station is also a supporter, and don’t forget it’s on now every weekend until mid-November.

The words “thank you” don’t seem to cut it, and yet, we hope you know they’re so full of gratitude for an amazing Festival as we ushered in fall with big music in a little place.  Thank you.

We’re already looking forward to our Deck the Halls series which starts on Nov. 29 and goes until Dec. 20! Artists such as Fortunate Ones, Royal Wood, The Once and Còig are going to be filling small town stages with cozy Christmas tunes, while Small Halls Does the Big Hall again this year for three nights at the NAC featuring Basia Bulat, Donovan Woods, Skydiggers and Matt Andersen!

>>See the full schedule and get your tickets here to get your Small Halls festive on!