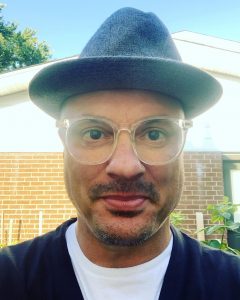 He has released a number of recordings in all kinds of popular formats and in places all over the map. His most recent release is 2022’s “Country Wifi”: a hushed pile of beautiful whispers and gently considered lyrical ruminations.

Jim also has an ongoing project, a series of $30 singles called “Survival Tactics”, meant as an offset to the pennies per glass Spotify/Streaming world we now live in.

Aside from singing and strumming his own golden hits, Jim produces records out of his Fixed Hinge Studio Recordings shed. His production work has been acknowledged by The Canadian Folk Music Awards and The Americana Music Awards.

Jim lives with his partner and children in his old family homestead in the once quaint Stittsville, Ontario.