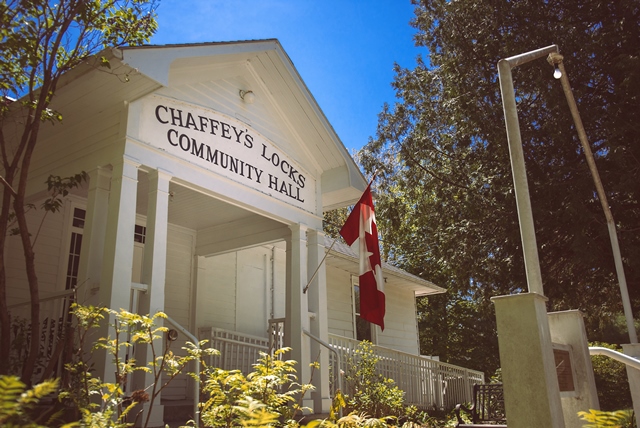 The Chaffey’s Lock Community Hall was built on bake sales, dances, and raffles, and with nails, boards and labour donated by the community. At the helm of this tremendous community effort was the Chaffey’s Lock Women’s Institute, which succeeded in its goal of opening the hall in time for the 100th anniversary of the Rideau Canal in 1932. The institute added a kitchen in 1978.

Over the years, the hall has seen a wide variety of events, including the Women’s Institute’s annual bazaar, dances, potluck suppers, and concerts. Returning soldiers were celebrated at a banquet, and 4-H meetings, conferences, limbo competitions, fish fries, music jams, and fast-paced euchre games regularly filled the hall.