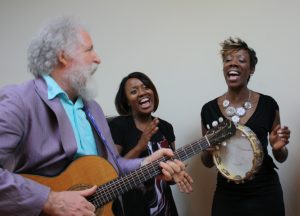 The final piece of the Small Halls lineup fell into place this week: the artist for the Seeley’s Bay show!

We’re thrilled to announce that Canadian roots music legend, Ken Whiteley and the Levy Sisters, will be performing at the Seeley’s Bay Community Hall on Friday, Sept. 28 at 7:30 p.m.

Kicking off the night will be Kim Pollard. Pollard’s powerful vocals add an authenticity to any show. She writes and sings with an extraordinary conviction. A veteran of the local music scene with two international recordings, Pollard performs primarily blues and soul with passion that instantly connects to her audience.

Whiteley’s musical journey has taken him from jug band, folk and swing to blues and gospel music. He has been awarded a Canadian Folk Music Award, Genie Award for Best Original Song in a Canadian film, Lifetime Achievement recognition from Folk Music Ontario (Ontario Council of Folk Festivals) and Mariposa Folk Festival. He has also been nominated for seven Juno awards and 16 Maple Blues Awards. 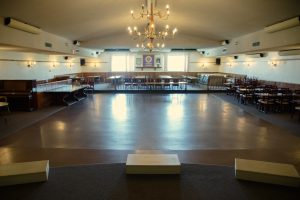 As a producer of over 140 recording projects, Ken’s productions have also garnered 10 Canadian Gold and Platinum records, 4 American Gold records, 22 Juno and 2 Grammy nominations, and sold over 8 million copies.

Don’t miss this show – join us this fall to witness Whiteley take the stage in Seeley’s Bay! Tickets on sale now; look here for more information. 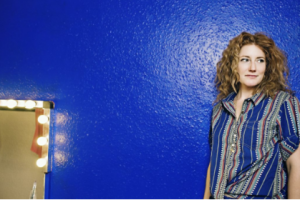 We had a few more shows sell out this week – note that the shows at the Portland Community Hall and the show at the Balderson United Church are now sold out online. If anyone is keeping track (other than us…) you’ll notice that only one of our three shows featuring headliner, Kathleen Edwards, still has tickets available. That one is taking place at the Winchester United Church on Saturday, Sept. 15 with local opener, Kyle Ivan. Those are hot tickets right now – so get ‘em soon!

In other news, we’re excited to let you know that we have been chatting with folks from the federal department of Canadian Heritage this week and they are keen to feature the Ontario Festival of Small Halls in a few upcoming social posts! The historic venues on our schedule caught their attention so be sure to keep an eye on their social channels for a possible post: Twitter and Facebook @CdnHeritage and @Patrimoinecdn, as well as on Instagram @O_Canadiana.