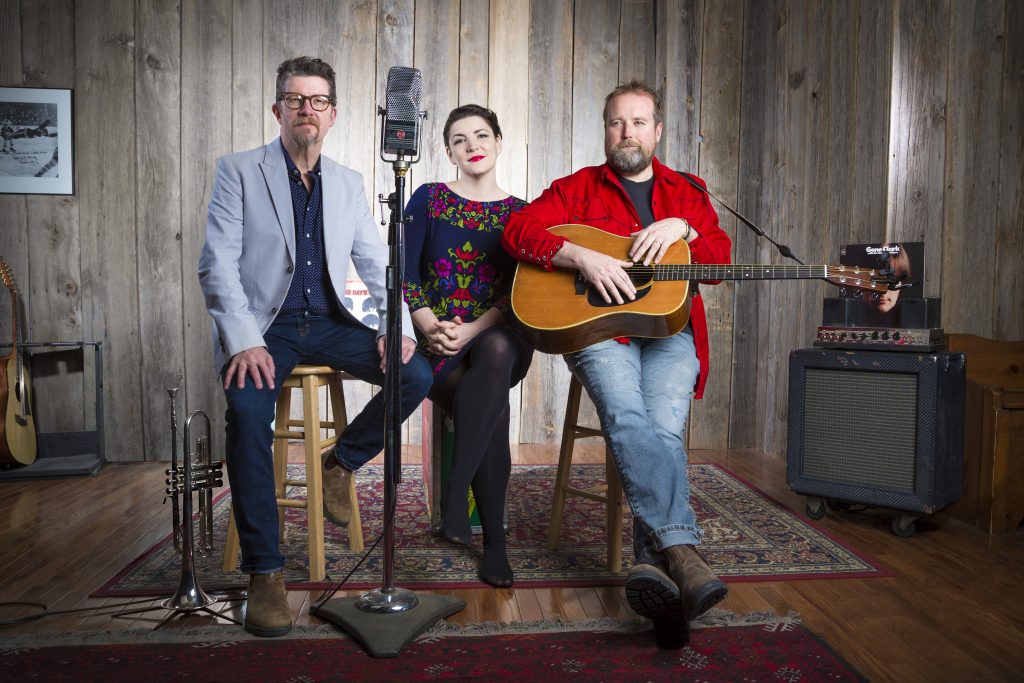 Chemistry, passion, energy and evolution are a few words that come to mind when Andy Maize and Josh Finlayson talk about twenty-five years together in Skydiggers. “It all started in the beverage room of The Spadina Hotel. That is essentially when the band came together,” says Josh. “Andy and I performed there as a duo as part of Andrew Cash’s Monday night series called Acoustic Meltdown. When Andrew released his debut album and could no longer host the night, we took it over. We put an ad in Now Magazine answered by Ron Macey, and together with Wayne Stokes and Andrew’s brother Peter Cash, who was quietly writing some amazing songs, Skydiggers were born.” The sound developed at an impressive rate, thanks to the discipline and work ethic the weekly showcase placed on the band. New songs, new covers and a sound that grew to include electric instruments developed in the hothouse atmosphere of rehearsals, songwriting sessions and live performances. A quarter of a century later, thanks to years on the road and in the studio, Skydiggers are not only riding all of those years of momentum but continuing to evolve as well.According to Andy Maize andJosh Finlayson, one of the keys is chemistry.”You can spend your life searching for chemistry” Andy muses. “For any relationship to remain vital and continue to grow you need chemistry. We were lucky to have found that early on with each other. We were also fortunate to play four very big shows before our first record even came out” remembers Andy. “We opened for 5440, The TragicallyHip, Cowboy Junkies and Blue Rodeo early on and I think we learned a thing or two about chemistry from those experiences. After all, those four bands are also still together.”

Josh agrees and also points out that in order to stay creative and pertinent you need to constantly challenge yourself. “Change and evolution are imperative. To bring a visible energy to the stage every night, you need to remain passionate by pushing yourself as songwriters and performers. You need to be constantly evolving yet trying to remain timeless at the same time.”

One day, if someone with perfect penmanship and a great memory for details takes up a Canadian Rock Family Tree project and plots the development of the Canadian roots rock community, they may discover that many – if not all – branches and roots at some point interconnect with the Skydiggers. “We’ve played with other people, other people have come into this circle and played with us. They’ve put their stamp on our music. But we recognize there is something consistent and something we all value that is threaded through all our records.” says Finlayson. Maize deeply appreciates the contributions of every artist who has played with the Skydiggers over the years, musing that perhaps that is the reason why the band dropped its official ‘The’ somewhere along the way. “We realize how fortunate we are to be part of a community. And so everybody is a Skydigger – past, present and future.”